As it came out slightly later than the whole Office 2016 suite (which had quite some troubles with OneNote syncing and OneDrive for Business), you would assume that it's a healthy product :)

In a synchronization with SharePoint Online, this thing simply won't work in your production.
If you sync a task or two, works fine. If you sync more than 50 (confirmed by MS) than it breaks the whole thing - your resources columns don't sync, same with the predecessors and that's just enough to stop you... there are other bugs with recurring tasks crashing the whole software, dates being messed up and so on.

I've raised this to MS a month ago and there's still no fix, they promised there will be a fix coming in one of the next public releases. To visualize what I mean..

All the resources are created in both the resource sheet in Project Pro and in the People Directory in SharePoint. 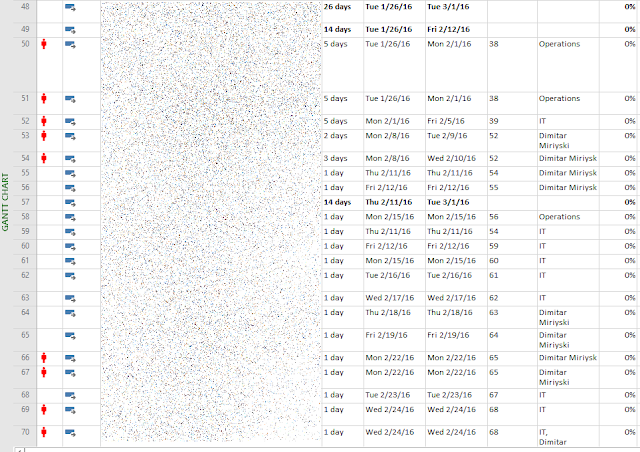 After the sync in SharePoint Online:

I'm not even going to start on the dates / times / completion stuff that breaks.

Now, after a downgrade to Project Pro 2013 - all works fine, however the installation of it is quite painful - you need to contact MS to get a link as it's not really available in the Office 365 portal as of today (unless you have applied for First Release on your whole tenant).