Microsoft Flow after General Availability: The Good, The Bad and the Ugly

Hey... it's been a good 4+ months since my last post, shameless.

I'll be sharing more details in a future post on why is that, but for now I'd like to post a few updates on Microsoft Flow after it reached General Availability 3 months ago.

I've been using this since the very first day of the Public Preview and it's been acting strange sometimes, but since it entered General Availability, it started to calm down... a bit. Since this Monday (30/01/2017), when it went bananas...for a full day in production. Nothing like the small glitches that we've seen in Public Preview. Asking about SLA I got confusing answers from Microsoft, something that it's a standalone app etc. So it's not considered part of Office 365 and it's SLA? At least I got it this way. 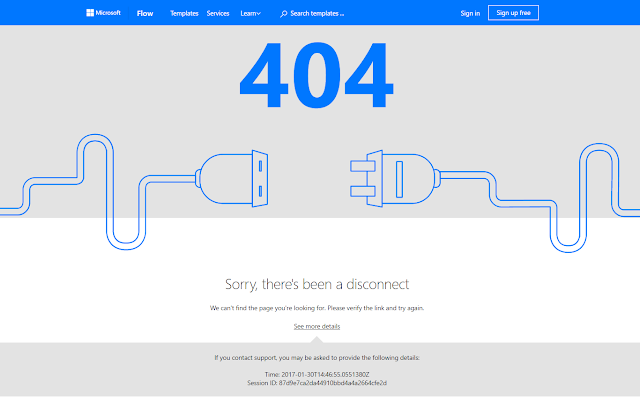 Although it's just the front-end that was lost, there was no way that a user could know if their flows are running in the background or not. There weren't any messages in the Office 365 Portal or Azure Status portals indicating any issue with the services. After I've asked Microsoft, they've fixed it on the next day, and mentioned that it was a regression after a code update. At least they assured me our flows were running in the background, which is good.

So, as an outcome, take your time before starting to use Flow for production scenarios. It is a very powerful tool, but it's just not mature enough yet and hasn't reached parity with SharePoint Designer workflows (no matter how un-innovative it is). If you ask me, my advice is play with Flow and start learning it - it's obvious it's the future and especially now when it's integrated into modern lists and libraries. Keep your legacy workflows in SharePoint Designer, there's no migration path, but they'll be supported until 2026 (parity with the SharePoint Server 2016 support lifecycle), and there's no end date for support in SharePoint Online.

Another bad news is that Flow now has limited runs (depending on your Plan). You can check all plans here as well as find out which Office 365 plan contains Flow.

In the Preview, we've had thousands of runs for free. It was indicated in the very beginning, however that the pricing will not be available until General Availability. So this is more of a neutral point.

I've subscribed to Flow (Plan 1) on a trial basis in order to explore some of the paid, premium features like connecting to JIRA, Salesforce, etc.

I've had nothing but a bad experience with those so far - they are so unreliable - your flow runs one day and fails on the next without an obvious reason. 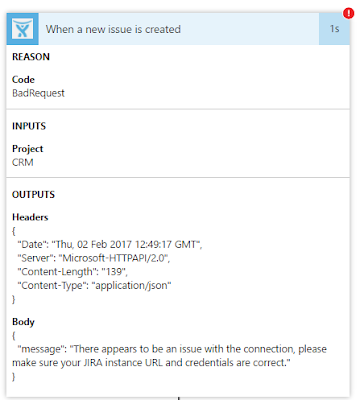 Raising a ticket to Microsoft is useless as the Flow would already work before they answer you. The functionality that I wanted to achieve with JIRA is quite limited in the Flow - it can only capture 2 triggers, which is not sufficient at all if you plan some kind of integration: 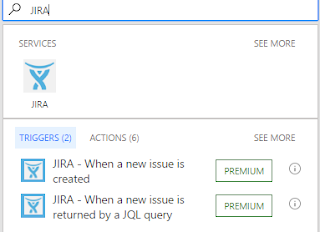 Hopefully, Microsoft will invest heavily in Flow as they say and the premium features will bring more value in the coming months. It's good to know that almost any major software is there right now...if your scenario is simplified enough, it might even get the job done for you prior you hire a team of developers to do the integration you need for your organization.

Finally, and surprisingly you can now invite a new owner to your Flow.

Once you do this, your Flow will get this green label "Team Flow" under its name. And to edit the owners, just go to the icon with the 2 people on the right hand-side.

What are the benefits?

- All Flows are attached to user accounts. This means the user who created it (and was practical enough to share it with their backups) can now go on vacation...undisturbed :)

- The Flows are storing connections of user accounts and if you'd like your HR to come insert their password in order for them to achieve that nice little automation they've requested from you - they might not feel confident about it. Now you can share the Flow with them and they can insert their username and password from their device and be confident you don't have access to that. 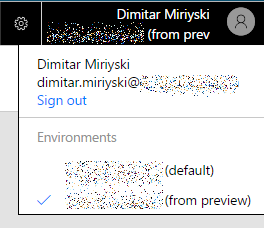 After GA, you'll notice you now have 2 Flow environments when you log in.

One from the preview (which is over) and one listed as default.

Your Flows are living.... in the Preview environment!

There is no copy or migration of Flows into the live one... confirmed by Microsoft. That means recreation :) hopefully you didn't invest too much efforts in building Flows with the preview (like I did :)

Email ThisBlogThis!Share to TwitterShare to FacebookShare to Pinterest
Labels: Flow